So happy to present “Zanzibar for Beginners” (in German and in English) to the German Ambassador Regine Heß, who had invited to a reception in Fumba Town to celebrate 60 years of friendship between the two countries and the assume of German-Tansanian development cooperation. In her welcoming speech Ambassador Heß talked about the cultural collaborations – for instance between musical schools in Munich and Bagamoyo. Since 2010 Germany has paid between 150 and 300 million euros development aid per year to Tanzania. This year’s commitment of 105 million euros is for water, health, biodiversity and good governance. Another important issue, as the Ambassador pointed out, is the necessity to come to terms with the entire colonial history, the good and the bad. “My approach is: know the past, but look to the future – a view that is shared by many politics and also by descendants of those who suffered under colonial rule.” 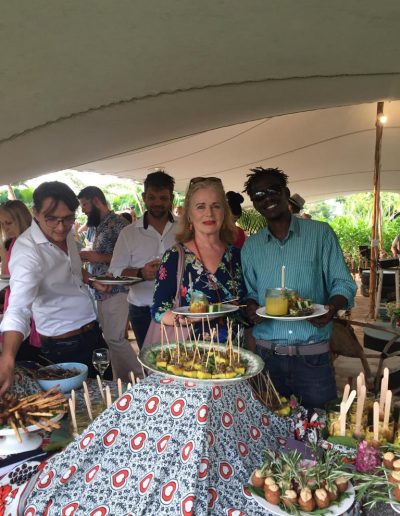 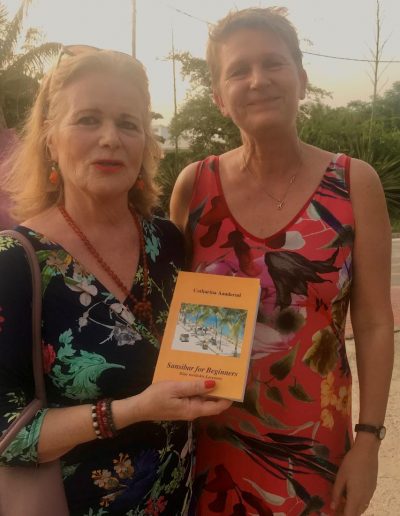